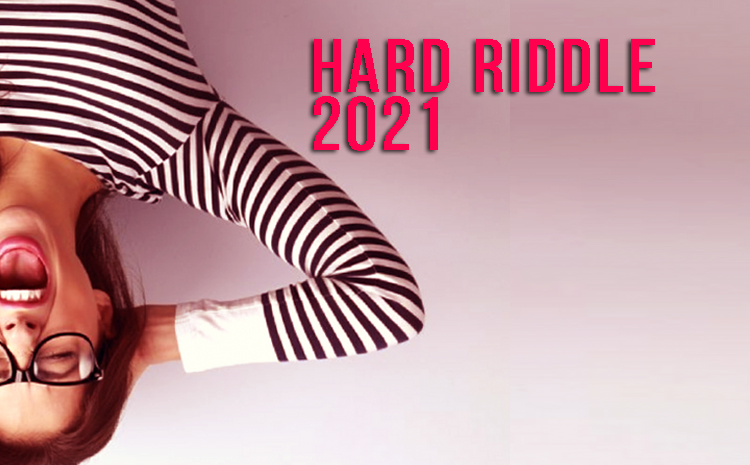 There are 45 hard riddles that we have prepared. We choose this question from 1000 logic riddles in our data base. try to answer it, test your skills in playing logic riddle and puzzles.

Playing hard riddles and puzzles has a really nice benefit. This will provoke the brain to think or stimulate the brain to work better. It can even increase your IQ. This is according to research.

Researchers from the University of Michigan, led by Dr. Susanne Jäggi, found that :

Spending 25 minutes a day solving puzzles and riddles can raise your IQ by 4 points.

After completing this challenge, if you are still a student, you can accept this challenge ” Riddles For High School Students “Come on, you dare?

We are ready to answer at the end of this page. but try not to see it before you answer. Are You Ready?

Hard Riddles about What am I

Hard Riddles and Puzzles about Time

Hard Riddles About Letters, Something And Animals

This is the answer to the 45 Hard puzzlesabove, check you are correct and where is it.

Answer Hard Riddles about What am I

Answer About Letters, Something And Animals

Earlier in this page, I mentioned some of the benefits of hard puzzles. But actually, if you examine it more deeply, there are many benefits that can be obtained if you often play hard riddles. We note that there are 10 benefits that we can get, namely:

Given the many benefits of hard riddles and puzzles, it is highly recommended to spend some time, maybe once a week playing a riddle game. Can be online or offline.

That’s the hard riddles and puzzles that we present, have a nice day. If you have the best riddles, please write them in the comments column.

Next, we want to introduce a General Knowledge Quiz that you should try, of course the challenges are very interesting. We also encourage you to try the challenges below.