These are the best jokes ever, I’m sure you will laugh to yourself when you read them. I hope your laughter will disturb the resting neighbors. By the way, I remind you before that we also prepared very challenging hard riddles. You can try it later on this website too.

Ok let’s get started with best jokes ever

A guy walks into a wedding reception. He goes up to the bartender and asks, ”Is this the punch line?”

Yo momma so ugly that when she walks in the kitchen, the mice jump on the table and start screaming.

Did you hear about what happened at the Laundromat last night? Three clothes-pins held up two shirts!

Why did the room packed with married people seem empty? Because there wasn’t a single person there.

I was once in a play called “Breakfast in Bed.” Did you have a big role?

No just toast and marmalade!

A: Forget it once.

Accordion to the TV, it’s going to rain tomorrow.

Yo momma so stupid she tried to commit suicide by jumping off a building but got lost on the way down.

Teacher: Why is the Mississippi such an unusual river? Student: Because it has four eyes and can’t see!

Teacher: ”Why are you on the floor?”

Johnny: “Because you said to do this math problem without tables!”

How do you make an elephant float?

Take one elephant, two tons of ice cream, and one ton of soda. Blend.

In the event of a plane crash, locate the nearest woman with implants and use her as a flotation device.

Teacher: Now class, whatever I ask, I want you to all answer at once.

Why did the witch wear a green felt pointy hat?

So she could walk across pool tables without being seen!

What is the blonde doing when she holds her hands tightly over her ears? Trying to hold on to a thought.

There are three ways to get something done: do it yourself, hire someone, or forbid your kids to do it.

A neutron walks into a bar and asks, “How much for a beer?” The bartender replies, “For you? No charge.”

Teacher: Tell me a way to prevent a disease caused by biting insects. Student: Don’t get bitten by them!

Q: Why did the bride wear white?

A: Because the groom wanted his dishwasher to match his fridge and oven.

What would happen if you were to cross two snowmen with three vampires?

You would get severe frostbite.

Why are there so many people with the last name ‘Jones’ in the phonebook?

Because they all have phones.

Because they can’t fit eight cups of water in the little packet.

How would you lift a giraffe with one hand?

It doesn’t matter as you won’t find any one-handed giraffes!

How many teachers does it take to find the way out of a maze? Nobody knows as none have made it out yet!

A: They spend most of their time in the hardware store or the bathroom.

Q: How is being at a singles bar different from going to the circus? A: At the circus the clowns don’t talk.

Billy: Dad, there is a man at the door collecting for the new swimming pool.

Dad: Give him a glass of water!

Why is it unpleasant to eat a meal next to a group of basketball players? Because they dribble far too much.

Yo momma so stupid I told her I was reading a book by Homer and she asked if I had anything written by Bart.

What do you get when you cross a Rottweiler with a Collie? A dog who bites off your arm and goes to get help.

Teacher: Who can tell me where Hadrian’s Wall is? Student: I expect it’s around Hadrian’s garden, Miss Jones!

Teacher: Where is your homework?

Student: I left it in my shirt and my mother put it in the washing machine.

”Would you believe I cleaned the attic with my wife last weekend? I still can’t get the dust out of her hair.”

How can you tell if a blonde is having a bad day?

Her tampon is behind her ear and she can’t find her pencil.

A doctor is the only man who can tell a woman to take off all her clothes and then send a bill to her husband.

The IQ and the life expectancy of the average American recently passed each other going in opposite directions.

Yo momma so fat all the restaurants in town have signs that say: ”Maximum Occupancy: 240 patrons or yo momma.”

How many computer programmers does it take to change a light bulb? Are you kidding? That’s a hardware problem!

What’s the difference between a blonde and a computer? You only have to punch information into a computer once.

What is the big difference between chopped pork and pea soup? Everybody can chop pork but nobody can pea soup.

Teacher: Suppose you have a box which contains a ten-foot snake. Student: But Mr. Malone, snakes don’t have feet!

What is the difference between Bigfoot and an intelligent blonde? There have actually been sightings of Bigfoot.

It’s always darkest before the dawn—if you’re going to steal your neighbor’s newspaper, that’s the time to do it.

Why is it a good to use valet parking as you get older? Because the valets will remember where the car was parked.

Did you hear about the missionaries who visited a tribe of cannibals? They wanted to give them a taste of religion.

Did you hear about the blonde who got an AM radio? It took her a month to realize she could play it in the evening.

Teacher: Can you tell me how much is an eighth of a third? Student: I can’t exactly tell, but it can’t be that much!

Why are blondes only allowed 30-minute lunch breaks? Because it takes too long to retrain them if they take an hour.

Teacher: Where is your homework?

Student: I didn’t do it because I didn’t want to add to your already heavy workload.

What happened when the girl dressed as a spoon left the Halloween party?

No one moved. They couldn’t stir without her!

Q: What do diapers and politicians have in common?

A: They both need changing regularly—for exactly the same reason.

A mushroom walks into a bar. The bartender says, “We don’t serve vegetables!” The mushroom responds, “But I’m a fungi!”

Girl: Doctor, doctor! A German shepherd bit my finger. Doctor: Which one?

Girl: The one owned by Mr. James next door!

Dad: Did you like the Kinder Egg I gave you yesterday?

Son: The chocolate was very good, but the shell was a bit hard.

Yo momma so poor that when I visited her house and tore down the cob webs, she screamed “Who’s tearing down the drapes?”

Johnny: “Because chickens don’t wipe their butts after they lay eggs!”

That’s Best Jokes Ever, hopefully it’s very fun. You can also read this funny story for adult, or try the hard riddle challenge that has been prepared by the logic riddle admin. 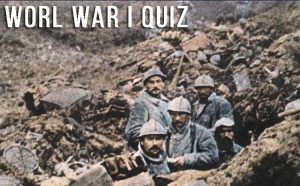 One thought on “Best Jokes Ever Make you Forget Debt”