We prepared several football quiz to test your knowledge in the world of soccer. If you are a football fan then you deserve to try this challenge. Foot ball Quiz 2021 is just as interesting as the hard riddles 2021. Look at your level, is it normal or at the commentator level?

You can try one or all of the quizzes we have prepared.

Messi is one of the best professional football players of this century. Many eyes were fixed on him while he was playing. He has a lot of fans, maybe you are one of them. We’ve left you 10 questions about Messi. Each correct answer will get 1 point. Now let’s see if you know much about Lionel Messi? 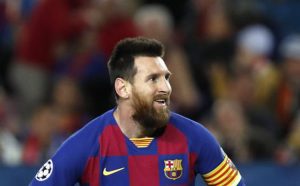 Cristian Ronaldo CR7 is a Portuguese national footballer. His career has been extraordinary. He won many titles with Europe’s elite football club. Are you one of his fans? or know a lot about CR7. If so, then try to follow this quiz. There are 10 questions that will test your knowledge.

David Beckham, born in 1975 is a former British soccer player. He is the incumbent president and co-owner of the football club Inter Miami CF (2021), and also co-owner of Salford City. He has been recorded as having played for Manchester United, Preston North End, Real Madrid, Milan, Los Angeles Galaxy, Paris Saint-Germain, and the England national football team.

Have you ever followed his appearance while still active as a player? Or maybe you know a lot about him. We have prepared 10 questions to test your knowledge of David Bechkam.

Diego Maradona, one of the legends of world football. At the age of 10 his football talent was discovered by the talent scout of the Agentinos Juniors club. 2 years later he became the club’s mascot named Los Cebollitas (Little Onion), where he was tasked with entertaining the audience with his football skills during halftime in Argentina’s top division competition. Are you one of Diego Maradona’s fans or know a lot about Maradona? If so, let’s test your knowledge about Maradona through this Quiz

Maybe you are one who is enthusiastic about following the history and development of the world cup. it’s time to take this quiz. how good do you know about world cup

The UEFA Champions League is a club football competition on the European continent which is organized annually by the European Football Association (UEFA) and is followed by Europe’s highest division clubs.

In this quiz, you will get questions about the host of the world cup since it was first implemented. Come on, test your knowledge about the history of hosting the world cup. Playing this quiz is definitely no less exciting than the general knowledge quiz that we have also prepared.

This is the list of questions we used for the football quiz above.

That’s the list of football quizzes that we have prepared. After completing the soccer quiz above, you can also try another logic riddle challenge, the funny riddle that has been prepared by the logic riddle admin.
For the football quiz we update 2 times a week, so there is always a new quiz that we present to test your knowledge about football.